Car’s that Drive Themselves – Reasonable?

I’m currently at the 2016 New York International Auto Show – NYIAS. I’m a car guy, and even though this is a blog about people, their actions, and my attempt at making society “think” more about a larger more Reasonable picture, the chips are stacked against us.

Creature comforts are awesome. I love my iPhone. It’s like a crutch for me now though. If I don’t have it I’m usually pretty stressed out. What do I have to do? Did I get a text? Are my kids ok? Does my wife need anything? Worry, worry, and more worry.

Thanks to modern tech, we try to create things that help alleviate these worries. iPhones, home security systems, run-flat tires on cars that are now able to drive themselves.

Being at the 2016 NYIAS but NOT having a proper car blog I had to pull something out of this trip to share with you guys. The thing that’s got me questioning Reasonable sensibilities right now is the future of cars as we know it. Specifically, they are coming closer and closer to driving themselves. 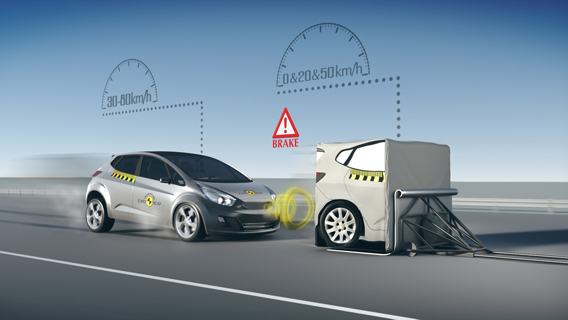 I know that cars go through vigorous tests. Like swerve and avoidance, stopping distance, and car control at higher speeds or in some of the worse weather conditions. All of these are evaluated, and the processes are repeated amongst the many automakers.

Living in the great state of Maryland, I experience many types of drivers. I think most of them are good but it doesn’t “feel” that way. I think I probably drive past 1000 cars on my 20 minutes commute to work. 5 drivers may be pretty bad, and that makes the whole of Maryland for that 20 minutes seem like a bunch of knuckle dragging, gremlins in wheeled cages sputtering around town, and insurance allows the drones to occasionally play bumper cars with each other on the way.

But I know this isn’t the case for all drivers, it’s the very few. But automakers are making every attempt to make vehicles more safe. Airbags everywhere, stability, and traction controls, crumple zones, reinforced cabins, with glass that either won’t shatter or will safely break to not hurt the occupants.

After the cars seem to have been made safer than they every were, automakers are turning their attention to accident prevention. This can come in the form of the cars that stop themselves, and park themselves, ultimately moving toward total autonomous driving cars.

I think this is great in theory, but I consider all of the times I have done something stupid, to avoid something tragic behind the wheel. I’m afraid that if I need to do something drastically unsafe to avoid an even worse situation I’m afraid that when I upgrade from my 2004 Mazda 6 with 235,000 miles on the clock to a car with some of the safety features like, applying the brakes or lane departure assist I will be stuck to whatever fate the car thinks I should have not the fate that I want.

I remember driving on 295 in Maryland. It’s an interstate highway like any other. This only has 2 lanes though. When I’ve been in the left lane moving at about 65 mph someone in front of me slams on the brakes. I usually leave at least 4 car lengths on the highway, but I’d probably leave 6 in this case. Usually 1 car for every 10-mph is what I choose. This can sometimes upset drivers behind me. But I do this because of the sudden stops from those in front, the tailgater behind me isn’t thinking that far ahead or they’d likely have given 4-6 car lengths between them and me. I can see that in my rearview mirror, so I’m mentally preparing to save myself a chat with my insurance company by not risking a rear end collision with the guy in front of me, and being plowed from behind from my testy tailgater.

I see this happen and the only thing that gives us hope of not being in a 3 car pile up, is me applying the brakes at a rate that prevents me from hitting the car in front, and dumping my car into the service lane (shoulder) to ensure that he gets the 1 car length he needs to be able to stop. The only reason I had the option to get onto the shoulder to begin with is because I do not tailgate.

I prepared for what was ahead and what was behind. He didn’t prepare for either.

If my car applies the brakes in that situation in a way that prevents me from disengaging my brakes to speed out of a potentially dangerous position. Or, lane departure assist, even for a split second fights my reflexes and keeps me in that lane longer than I should be, I could be wrecked from behind, and pushed into the person in front of me. 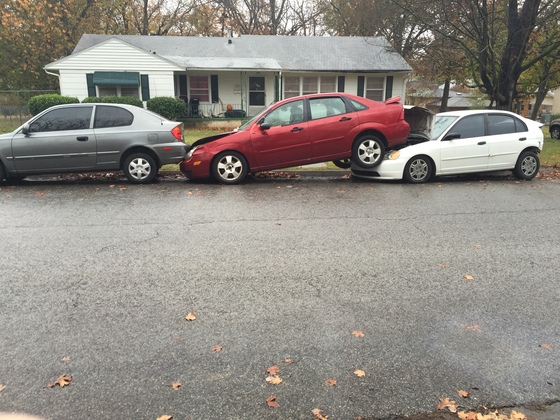 Then we are all having a bad day.

Someone has to make the call, why can’t it be me, the driver. I’ll choose or the algorithm in the car will choose.

I’m smart dammit, I’m capable. But I know everyone doesn’t necessarily have the same level of driver comfort, or ability but isn’t that more of the problem than what the car, can or cannot do/prevent.

Mice in a Maze

There seems to be a need to control the movements of people and prevent them from making natural human errors. I appreciate this effort, especially when it’s precautionary, and could prevent some loss of life. It’s, noble.But there’s a saying that pops in to my head frequently.

“Just because we can do something, does it mean we should?”

Something about that saying resonates with me. It brings into question the holistic and reasonable evaluation of any goal. We are humans, capable of great things, but if history has taught us anything we make mistakes, sometimes colossal ones. It just seems like technology, in the form of Autonomous cars, may not be the total answer for our accidents on the road.

Of those accidents, 55,232 resulted in injury that was not fatal, and 635 resulted in fatal injuries,.

According to statemasters.com, a website created to find stats on the United States, says that Maryland has in more than 3.5 million drivers licensed to driver in the state.  If we have 103,734 accidents in the state, that’s only 2.9% of all cars driving are involved in an accident. With 0.02% sadly ending in fatalities and 1.58% leading to injury. While 0% is ideal, I think most can agree that it’s probably not reasonable to expect that this will ever be realized. The human element would have to be removed from all humans in or out of vehicles to see this number drop to 0%.

Pedestrians would have to be flawlessly controlled, as would drivers, and first responders. The parents chaffering children will not be allowed to check on their kids. Even glancing toward the rear of the car, would have to be eliminated. Listening to your GPS, music, or audiobooks are all distractions that should also be eliminated. Animals crossing in the road would have to be killed, captured, or somehow prevented from entering the roadway. Since children sometimes do things without thinking, shocking I know. Children would only be allowed to play very far away from the street.

I don’t know about you guys, but I’d prefer to not live in a world full of fences, walls, tracks, and tunnels to create what we would need to not have any more car accidents.

“Just because we can do it, does it mean that we should?”

Let’s help drivers become better, and let’s hold them accountable when they aren’t. The more educated, confident, and thoughtful the driver is, the more I think we can drive our injury and fatal percentages down. Let’s save that for another post.