Rage Wears a Mask. He constantly tricks us……

First, let me talk about my battle with Rage…

Like most people, you become enraged when you feel that you’ve been wronged. Rage, on Wikipedia, is defined as:

Rage (often called fury or frenzy) is a feeling of intense, violent, or growing anger.
It is associated with the fight-or-flight response and often activated in response
to an external cue, such as an event that impacts negatively on the person.

Someone might cut you off (infuriating), you might stub your toe (frustrating), or even over cook your ONLY batch of chocolate-chip cookies (pissed). If you become enraged over things like those, that might mean you need to do some yoga, step into some kind of ZEN day spa. Maybe some meditation is in order. Those aren’t the things I’m talking about.

What COULD we become ENRAGED about? 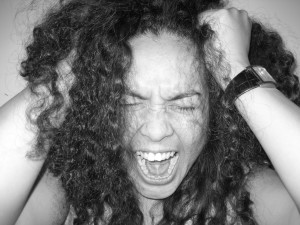 What should Reasonably make you angry?

Reasonably speaking, we COULD become enraged over:

There are many things that can cause that feeling of RAGE to creep up in all of us. And that’s OK….In fact, it’s Reasonable.

I’ve been struggling with something.

Some time ago, I had a job. It was a side job, and not really “work” per se, but I loved it. I was coaching high school basketball. It seemed like my perspective on life, could naturally lend itself well to coaching the game of basketball. I believe there are a lot of parallels and great metaphors in the sport that can be modeled in other places in our lives.

I loved coaching the kids, talking with parents, going into hostile environments with nothing but my players, hearing the booing fans and trying our best to come out with the victory. It helped build a sort of, resiliency, in the spirits of the players I’d coached. This was a time where I felt like I really had this ONE THING really figured out. When your knowledge level, experience, and drive all meet in one place for a night out, and it’s just magic…..that was it for me coaching the game of basketball.

I’d been pretty successful as a high-school basketball coach. I’d coached at a school where basketball, and sports in general weren’t necessarily admired or noticed, for the lessons they taught, or inner-strength that could be realized by playing them. Each season, my boys wouldn’t allow us to lose more than 3 games EVER. The groups of kids varied, but their hearts were the same. Smart, Fearless, Fighters, just like me.

During my final year coaching at this school, I hadn’t known that some of the coaches on my staff, were secretly planning a coup to have me removed as coach.

Coup – a sudden, violent, and illegal seizure of power from a government. (Or Coach, in this case.)

They would fabricate events, and paint me as something totally opposite from the 5 – 6 years of track record I’d proven. The parents loved me, the students loved me, and I thought my boss loved me, but I was wrong about that. Maybe naive as well.

After the great season we had, I came up to the school for my post-season discussion with the Athletic Director to recap. We normally discussed the plans moving forward as we both saw it. He’d give me his insights, and I’d share my feelings. This was not our routine discussion, this discussion was cut short with some agonizing news:

“I don’t think we will be able to keep you on next year. The other coaches say that if you return, they will not. Apparently, you’ve been hard to work with.”

Why was I enraged?

Wasn’t that enough. It just didn’t seem right, it didn’t add up.

RAGE – It sets in, it stews, it festers, it grows, it kills.

I’d vowed never to enter the school, where I was hurt so badly again. As of this writing, I still haven’t.

I coached a kid, who’s much younger brother I’d known since he was young, was now a senior in high school. On this night they were playing a rival school.

I didn’t realize that my RAGE had prevented me from seeing any of his games. He’s a senior now, a very good player, and he’s off to college next year. I might not have another chance.

I got a text from his older brother, telling me about his upcoming game. It was an away game, so felt like I could attend, and keep the RAGE-FILLED vow I’d pledged a few years earlier.

I went, I’m glad I did. Great Game, they lost but I got to see him play. I knew him as a little boy, he’s almost a man now. That was just great, JUST GREAT.

Then, IT happened – I saw THE SNAKE

The one that had set all the wheels in motion to have me removed from my post as coach. All of those old feelings rushed back to me at once. It was like that immediate feeling you get when you stub your toe, trying to make your way to the bathroom at 2am in the dark.

Well, almost all of the feelings. Somehow the feelings of confusion, frustration, wonder, and the questions I had didn’t come back. ONLY THE RAGE.

These feelings are strong. If you’ve ever had them. They change you. You become less Reasonable, maybe Unreasonable.

Try what I did next. If you ever find yourself confronted with all of your emotions at once but you can only name the emotion RAGE.

Reasonably, the best thing to do is, talk it out.

I quickly refuted that statement. Her assertion that I was sad and hurting was just wrong, I was just feeling the RAGE.

She told me she’s most sad that all these years later, I’m still allowing what someone else did TO me, still affects me so much now. It had been 3 years, since the incident.

Time does not heal all wounds. It’s unreasonable to think so, but you have to remove the mask from the rage. I looked at myself. It was Unreasonable to hold this for so long, at least this heavily. I know it altered the future, my future, and I wanted to focus on that fact. There were many kids hurt, and there were many future kids that would come up through the ranks at that school that would not get to experience what I had to offer.

Rage is – Unreasonable and leads you to Misinterpretations…..

I was sad. Immensely, sad. I hadn’t accepted that or even understood it. I was sad that:

I limited myself, because of how Unreasonable I became when dealing with my Rage.

I let it linger, fester, grown, then kill.

Thanks to that happening:

If you have some Rage, give it it’s time. Give it respect. Then, call it what it is, because it’s not Rage. Call it sadness, pain, unhappiness, vulnerability, fear, emptiness, resentment, disgust, anxiety, the FOMO (fear of missing out).

Don’t be selfish like I was. Don’t only think about yourself. Don’t become your own worst enemy. After all, you’ve clearly established there are people in this world that do mean you harm. Those that do not wish you well. You might be standing in their way, and you’d never know it.

Don’t add to that side. Do not allow your swirling emotions, turn into something unrecognizable, so much so that you can only call it RAGE.

Rage wears a mask. Remove it, call it what it is. Then, you can begin to deal with it. Singular emotions are rational, they are Reasonable. Remember Rage is:

Rage (often called fury or frenzy) is a feeling of intense, violent, or growing anger.

That’s nothing in the end. That is only unhealthy, and damaging. I chose Rage and not being Reasonable.

Let me know HOW you’ve renamed your Rage in the comments below. I’d love to hear it.