Can Shame be a Motivator?

Shame used to be a tool used to Motivate, now what is it?

I have a “way” of looking at things that, can sometimes, upset or frustrate some of my audience. I’ve gotten a lot of positive response on the blog, and a lot of negative feedback as well.

I’m not ashamed of what I write or how it might come off. I care more about the content I provide for you here. I’m not ASHAMED. Which is also the subject of this post.

What a definition! WHAT A MOTIVATOR!! EMPLOY SHAME EVERY PLACE YOU CAN!!!

We have coined SHAME in society as a horrible, despicable thing, that no one should ever have to feel. I disagree with that. I think SHAME is a tool. It was once REASONABLY used by many people, to get different results.

In these examples, Shame was negative, but was also used positively.

Grandma’s ‘look’ would inspire the feelings of SHAME in your heart. You didn’t like that feeling. You fought hard to NEVER feel that again. She might say things like:

Shame. It’s such a powerful thing. I love old school people, especially grandma’s. They were good at using SHAME to motivate.

I don’t think of this as humiliation, disrespectful, hurtful, or harmful. If, done in a healthy way, SHAME can change, motivate, influence, and correct actions you’ve should take. Or, avoid taking.

SHAME can be used in a healthy way! 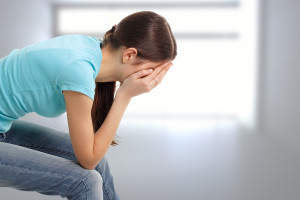 Different things, can bring SHAME to people from different societies, cultures, and backgrounds.

These are not things that are not RIGHT or WRONG, but you would feel shame if you did or felt these things. You might feel guilt, or feel like you did something wrong.

We civilized ourselves. Which can determine and change what makes us feel SHAME.

You have a bunch of kids sleeping over at your house. In the middle of the night, you hear a knock on your door. One of the kids informs you that he’s had an ‘accident’. GREAT…..

It’s his first sleepover and may not be used to the excitement, and how quickly the group fall asleep. So, you check him out. It’s pretty bad and he needs to get cleaned up. He needs a shower. But he says, his mom or dad usually give him one. GREAT…..

You continue to persuade the kid to try to be a ‘big man’. Take a shower himself, you suggest. After all your son doesn’t have an issue.

It’s 3AM and you notice he starts scratching and you’ve been employing your best persuasion techniques for the past 20 minutes. And he’s not budging….He’s 6. He says NO. He starts to complain that ‘he want’s his mom’. You’ve almost lost the fight. And soon you’ll have to make an awkward 3:30am call and look like the parent that can’t handle a handful of 6 year-olds!

CROSSROADS – What do you do?

IF, we were in a different time. You would just toss him in the bath, butt naked. Give him a quick scrub up. Get all his nooks and crannies….YUCK. Dress him in some old clothes you have lying around that fit him horribly, sit him on your sofa with a bag of processed chips, a soda, and feel JUST FINE about every choice you made. No problem.

SHAME Motivated you to do what’s right. Let me explain.

Option 1: Let him sit there itching.

You’d be so ashamed to do that. You think of when you were young. What your mom did when you had friends over. You’d let a kid be uncomfortable, and itchy, when you were sitting on the solution all along. TOO SHAMEFUL

Everyone doesn’t raise their kids the same way. He’s 6 and he doesn’t take showers yet. So what, why should you be the big bad parent and force him to do something he doesn’t want to do. He came to your house for fun, not to be told he has to shower OR ELSE. SHAMEFUL Option Averted.

It’s just wrong. You’d be embarrassed, ashamed, calling a parent for this. If it was understood that the kid didn’t like sleepover’s and his helicopter parents were itching to come and get him, as bad as he was itchin’ in his urine filled undies, then of course you’d call. But that’s not why you are calling, is it?! You are calling because you didn’t make them all go to the bathroom and limit their drinks before bed. You were supposed to be in control but you weren’t. It’s no ones fault but your own. You should be ASHAMED. So you’ve got to handle it.

Option 4: Treat him like your own – It’s the only option.

SCRUB HIM UP. Make him feel good, tell him you’ll keep the accident a secret. Throw his clothes in the washer. Do what you can to help him not feel the SHAME. After all it was your screw up.

Shame can strongly influence you.

Shame motivated you to do the ‘right’ thing. If you don’t interpret your same correctly, you could have called the parents, or made an uncomfortable situation worse.

I loved the SHAME that I felt. I understood why I felt it, and what it kept me from doing. I’ve never looked at SHAME as such a positive thing.

As time goes by and I see the, stars of today, reality TV cast members, and children when I run into the malls, I begin to think:

Thanks for reading. Reach out to whoever SHAMED you. Thank them for it. Tell me who they are. I’d like to thank them as well! I’m serious. Tell me who Shamed you, how they helped you by making you feel SHAME. justin@reasonabledose.com I’d love to hear from you.

Who can you SHAME today? How will your SHAME motivate them to do a bit better?

SHAME can be a good thing – if you look at it Reasonably and use it appropriately.

Until next time Team Reason – Keep Changing the World back to how you know it should be.