Indulgence STOP – NO GIVE ME MORE?

How is Indulging Reasonable

The last part of the definition states that:

something that is done or enjoyed as a special pleasure

I LOVE THAT, and I can totally relate.

We all MUST indulge. Sometimes on some things, or else, what’s the point of living!

….Essential, DOWNRIGHT AMERICAN (whatever that means)! It’s RIGHT! The first part of the definition states that:

Now this is curious. There is something to this ‘behavior and attitude’ part of the definition that sticks out to me.

Who is to say what’s ‘too much’, or ‘too-many’? There’s got to be an indulgence threshold. One that’s Reasonable.

Seriously, when you over-indulge you might find yourself named as one of the following things: 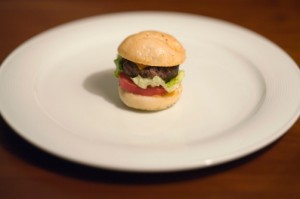 That’s the other part of the definition of indulgence:

Do you have a habit of NEVER, take any time for yourself? Maybe you look at doing something that’s exclusive, to you, as WRONG. You feel guilt.

You watched members of your family toil away for years. Never taking a vacation, or days off. You thought of that as so, admirable.

Did you ever think of what they may have ‘missed out’ on? Traveling, going out dancing, sleeping in, NOT folding laundry for the family for one weekend, maybe just having a ditch day from work, life, or school?

My wife and daughter did this. We try to make a habit of it.

I think of my grandmother. I know I would have liked to see her indulge a bit more. I still always tell my mother, she should do some things for herself.

I also watched my grandfathers. Both men, worked hard during their lives. One a longshoremen, the other a auto-mechanic.

I don’t know that they ever did any traveling, ate at any upscale restaurants, or went out and ‘painted the town-red‘. They both got up everyday, grabbed whatever was in the fridge, went to work, provided for their families, never complained, day-after-day. YEAR AFTER YEAR. They never took ‘time off’, and Never complained. Admirable.

They all may have taken the occasional trip out-of-town. Most often to attend either a wedding, or unfortunately, a funeral for family members, that lived lives almost identical to their own. Lives that went fast, no indulgence, or over-indulgence, only to have their funerals attended by those same types of people.

Can lead to……well, you’d never know would you? You haven’t really Reasonably taken advantage of any of life’s indulgences.

Are you over-indulging, or under-indulging. Either way….that’s a bit UnReasonable.

The phrase: “Everything in moderation”, comes to mind. That saying is usually synonymous with the subtraction of things. Less of this, or reducing that. Sometimes we don’t look at the Reasonable moderation of actually indulging ourselves.

Life is short. Do not indulge in excess. Do not deprive yourself either.

Morbidly put….we’ll all be gone sooner or later.

I’d like all people to have all the good, that they can Reasonably handle.

What will you do to be More AND Less Indulgent.